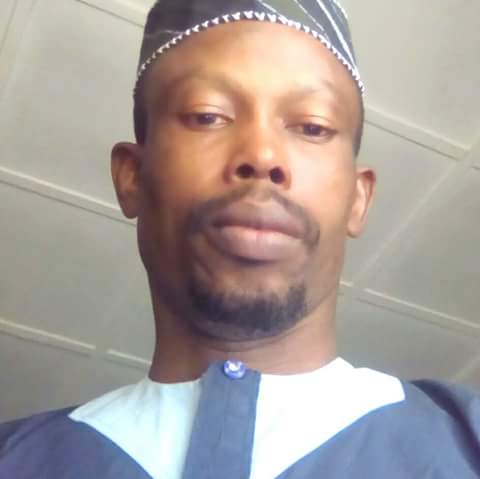 One of the contenders for the Lagos House of Assembly under the platform of All Progressive Congress in Oshodi-Isolo constituency II, Hon. Abdulhafees Ayodele Oniyide, has alleged Hon. Ladi Ajomole, one of the contenders and his father, the former Lagos State APC Chairman, Otunba Henry Ajomole, of disrupting elections in Isolo, claiming that they personalized the exercise, hijacking it from the Party National Working Committee (NWC) representatives who were supposed to conduct the election.
He claimed that the election was conducted for Ajomole alone in some centers, excluding the votes of other contestants from being counted. 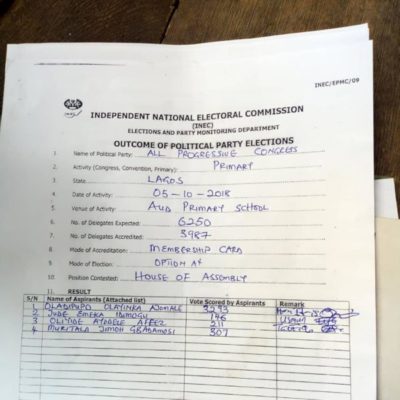 The alleged fabricated result sheet without the name of one contestants

Oniyide told journalists that the former party chairman used his influence to destabilize the exercise by sponsoring some party executive members to manipulate the election for his child, whose popularity he said was nothing to write how about.
According to him, Ajomele collaborated with some party executive members, the police and the electoral umpires to exclude other contenders from the election.
He said only the followers of Ladi Ajomole were counted at major wards such as Akinbaye-Alagbeji, Ajao Estate, while the followers of other contestants were not counted.
He added that his influence could not prevail at Ishaga ward and Ejigbo as it met strong resistance, saying no elections took place in the two centers.
Oliyide noted that the results presented were inflated where Ajomole’s followers were counted as they increase the figures at random such as counting 50 after 27, 100 immediately after 689.
He however beseeched the APC National Working Committee (NWC) to intervene and reject any result brought from Oshodi-Isolo constituency II.

Oliyide, who described what happened at Isolo during the primary election as rape on democracy, appealed to the NWC to do justice to the election.
He said, “As a former State Chairman of the party, Otunba Ajomole was not expected to lobby or impose his child on the constituents if he had done well for the people when he was at the helm of affair. People would have welcomed his son and supported him. They would have said this is our leader’s son let us allow him, but instead, the election was turned to Ladi Ajomole’s show.l because he alone lined up his people, counted them and manipulated the results.
“They wrote arbitrary figures for each candidate in the score sheet which was signed by the umpires present at the wards. They even forgot to include the name of a particular contestant in the the score sheet because the contestant was not popular.
“I have all the evidence to back my claims. I have a video clip which shows that only Ajomole’s people were counted with inflated figures.
“I am hereby appealing to the party’s NWC to reject any result brought from Oshodi-Isolo Constituency II and make sure justice prevails.”