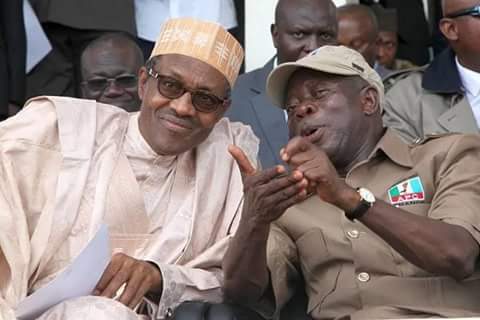 The South-South People United forum, Lagos chapter has congratulated the new national chairman of All Peoples congress (APC), Adams Oshomole, who was elected unopposed at the national convention of the party in Abuja yesterday.

In a statement released by the forum’s Public Relations Officer (PRO), Hon. Deacon Paul Omatseye Fregene, who doubles as the Secretary to the Local government (SLG), Ejigbo LCDA, the Forum expressed its delight as the leadership of the party came to the south-south region.

It stated that the development is a political metaphor for the next election as it promised to sustain the feat and continue to give total support to the party at local, state and federal levels.

The statement read, “The South-South People United forum, Lagos chapter congratulates our amiable brother and fellow comrade HE Adams Oshomole as he emerges unopposed as new APC National Chairman. History again has beckoned on our region (South-South) to provide leadership and sustainable political metaphor for the next election.

“We salute out National Leader, HE Asiwaju Bola Ahmed Tinubu for bestowing the trust and support for the emergence of the newly elected National Chairman.  Under the leadership of Engr Emiyede, South-South State Chairman, we continue to pledge our 100% loyalty and support to the party especially for the 2nd term of Gov. Akinwunmi Ambode.

“Our region now needs more political connectivity in Lagos as we sail into 2019 election. Once again on behalf of the South-South Lagos chapter, we congratulate HE Comrade Adams Oshomole on his new appointment.”