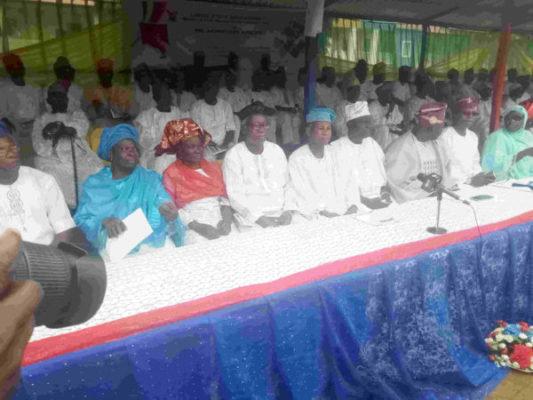 It was fun fare on Sunday the 26th of August, at the Police College, Ikeja as Lagos State Governor, Mr. Akinwunmi Ambode hosted the members of Community Development Associations (CDAs) across Lagos state in 2018 Eid-el-Kabir celebration.

The event, which was organized by the Ministry of Local Government and Community Affairs, was said to be the first of its kind in the history of the state. 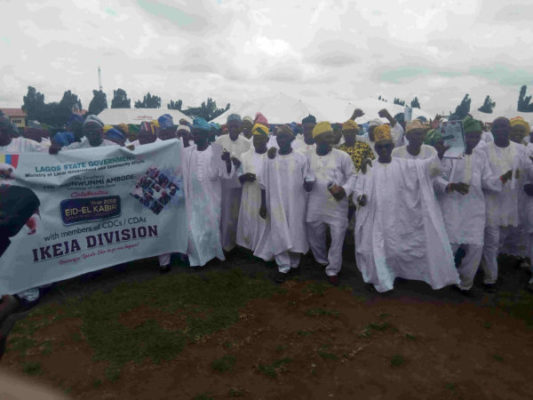 Addressing the people, the state Governor, who was represented by the Special Adviser to the Governor on Communities and Communications, Hon. Akeem Sulaimon, said that the event was fashioned out to identify with the grassroots peoples and rejoice with them especially the Muslims at the festive periods such as the Eid-el-Kabir.

“This annual celebration signifies the triumph of faith and the assurance that Almighty Allah will always open a way for those who have absolute trust in His grace. It is a day to commemorate Prophet Ibrahim’s faith in Allah. 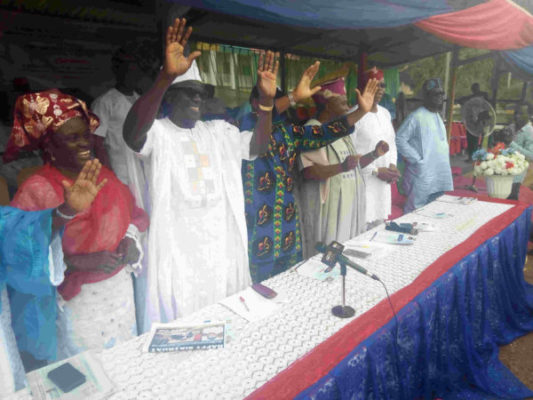 “In this celebration, there is a great lesson for all of us especially as we strive to achieve the Lagos of our collective dream. We must remain hopeful and keep faith in the absolute power of Allah to turn our aspirations into reality. It is however very important for all of us to play our own part just as Prophet Ibrahim did.

“Let me again use this opportunity to assure all residents that we remain committed to the welfare and wellbeing of all citizens irrespective of their locations within the State without prejudice to ethnic, religious, political and socio-economic background.”

Meanwhile, the governor commended those CDAs who have completed their self-help projects after the presentation of N500million grants to 275 communities, urging those who are yet to complete theirs to do so before the monitoring teams get to their communities. 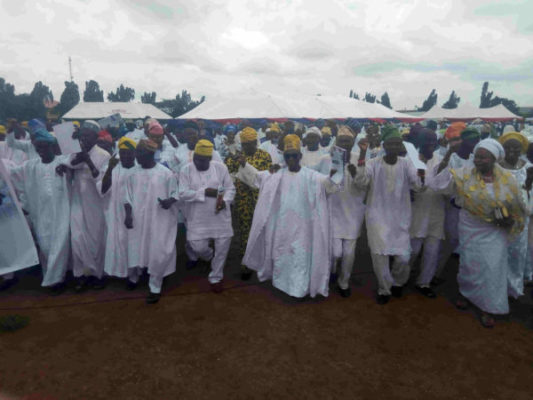 The Commissioner for Local Government and Community Affairs, Hon. Musilim Folami,  said the event was aimed at carrying the people of the grassroots along and give them sense of belonging in the Ambode-led administration.

Folami, who stated that the achievements of Gov. Ambode are eye-sore as his presence could be felt in all parts of the state, said the governor has to be returned to power in 2019, noting that he has performed tremendously for the people of Lagos.

Also speaking, the Permanent Secretary, Ministry of Local Government and Community Affairs, Mr. Fola Padonu, said the event was part of inclusive governance promised by Gov. Ambode, adding that through such event, the governor has been reaching out to the various communities within the state.

Appreciating the governor on behalf of the CDCs and CDAs, the Chairman of CDA/CDC Advisory Council, who doubles as the SSA to the Governor on community Affairs, Alhaji Tajudeen Quadri, noted that such event in which all communities in Lagos state would be gathered for celebration has never happened before in the state.

He also appreciated the governor for supporting 275 CDAs with N500 million grants on their self-help projects, assuring the governor that the communities would reciprocate by voting him back into power in 2019.