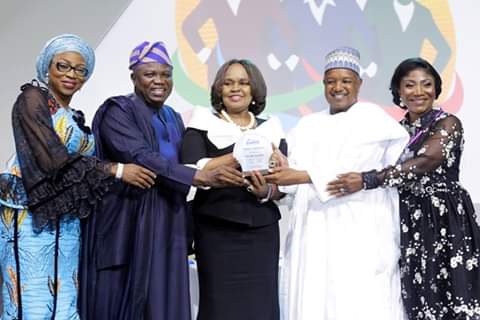 The Lagos State Governor, Mr. Akinwunmi Ambode, has felicitated with the Committee of Wives of Lagos State Officials (COWLSO), on its 18th edition of National Women’s Conference held in Lagos.

Speaking during the opening ceremony of the conference today Thursday, the 23rd of October, at Eko Hotel and Suites, Ambode, who was represented by his Deputy, Dr. Oluranti Idiat Adebule, declared that COWLSO has worked ceaselessly to complement the effort of the Lagos State especially in the aspects of women development and empowerments.

He however charged the women to be more active and embrace unity of   purpose to achieve significant and lasting social change beneficial to all.

He said, “We are proud of your achievements, particularly in the area of giving hope and succour to the less privileged through donations both in cash and kind. The theme of this conference is very apt and a call for unity of purpose and action.”

In her address, the COWLSO Chairman, the wife of Lagos State Governor, Mrs. Bolanle Ambode, highlighted the impacts the Committee has made in the lives of women over the years, saying it has come to strengthen those impacts with this year’s edition of the conference. 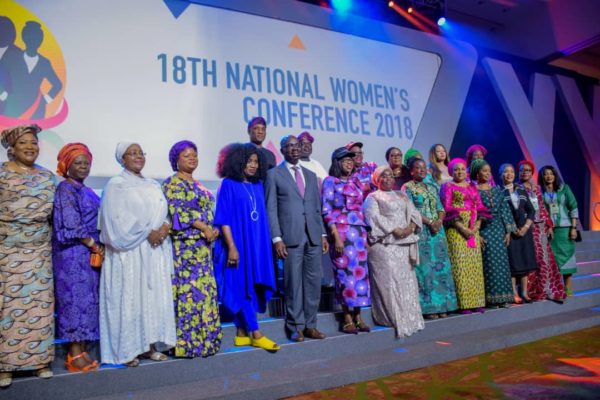 She said, “It is the 18th National Women’s Conference of the Committee of Wives of Lagos State Officials (COWLSO), and not a few participants will attest to the impact it had made in the lives of our women over the years. This impact is what we have come to strengthen with this edition of our conference.

“As it is the tradition of COWLSO to hold a conference once in a year, we have gathered again to examine issues that pertain to women on the one hand and the society in the other hand.”

Mrs. Ambode, who said that women all over the world are pillars of growth and development of their countries, noted that women have continued to play the roles that demonstrate how important they are to the progress of their countries economically, politically, socially and all other areas.

According to her, women in Nigeria are no different, expressing joy that women in Lagos State are setting the pace.

“Our quest to continually improve the welfare of women and sustain the vintage position of Lagos state in the federation is key objectives behind our coming together annually to discuss the way forward,” she said.

She however charged the women to unite, support each other and discard unproductive habits, nothing that the theme of this year’s conference “Strengthening Our Collective Impact” would examine and guide the women.

She said, “When we come together and collaborate, either in government establishments, privately owned businesses, NGOs or wherever, we tend to achieve significant and lasting social change that would be beneficial to all. We have the unique ability of looking at problems and coming up with solutions that would transform lives and make the world a better place.”