The Executive Chairman of Isolo Local Council Development Area (LCDA), Hon. Shamsudeen Abiodun Olaleye, has enjoined the Lagos State Chapter of the All Progressives Congress (APC) to give Governor Akinwunmi Ambode an automatic ticket to contest the governorship election in 2019. 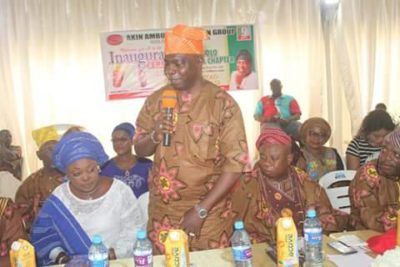 The council boss, who had earlier launched a similar support group rooting for the re-election of Gov. Ambode, said that the incumbent governor’s strings of achievements has stood him in good stead for re-election next year.

He added that APC would save resources and time if it gives the governor a clean bill to contest election in 2019. 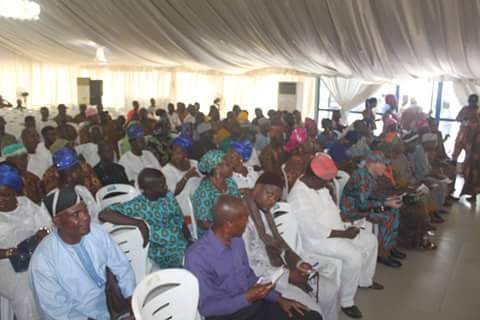 The council boss stated that he publicly identified with the support group despite floating a similar support group (Itesiwaju Ipinle Eko Foundation) because Ambode needs the support of everyone to realize his second term ambition. 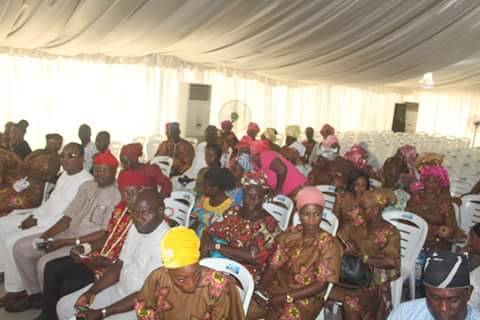 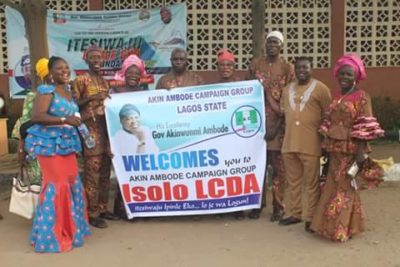 “Though result at the last general election was not encouraging but in spite of that Gov. Ambode has been magnanimous with us in Oshodi/Isolo Federal Constituency by giving us two commissionership slots.

“Our governor did not stop at that. He completed and commissioned the Ago Palace Way project; he has started the reconstruction of the Murtala Muhammed Airport Road project in which Isolo LCDA stands to benefit a lot from. The Nwachukwu/Olushesi Road project has just started and very soon it would be completed.

“We have equally felt the impact of his administration with the upgrading of Ilasamaja Primary Health Centre. We have a strong reason to be in the forefront of Gov. Ambode’s re-election bid because he has been good to us here in Isolo and we are sparing no effort to ensure we give him the best of support,” he declared.

In his own speech, the Co-ordinator General of AACG, Chief Akintunde Ambode, noted that the group was rooting for Gov. Ambode because he has become a symbol of truth even as he alluded to the fact that the governor is a promise-keeper.

He therefore called for total support of members of APC to realize the mission of keeping Ambode in office in 2019. “This job cannot be done by us alone, we need everybody. We are not in contention with anybody in the APC; we are not struggling for leadership position with anybody. Our primary objective is to work assiduously for Gov. Ambode’s re-election in 2019,” Ambode said.