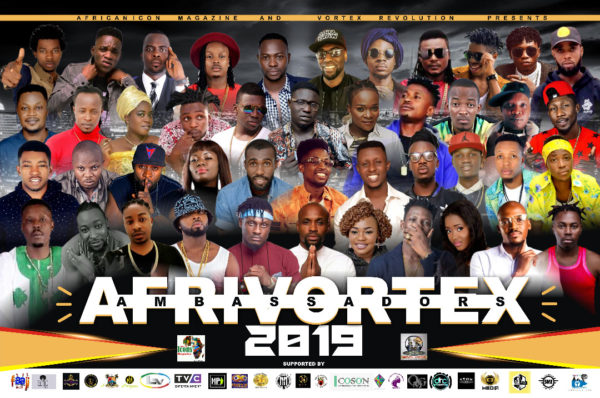 An Isolo based Entertainment organisation, AfriVortex has concluded plan to organise its maiden edition of Talent Hunt among the youths in Oshodi-Isolo Local Government Area which includes Isolo LCDA and Ejigbo LCDA and their environs.

The 2019 edition of the show which is slated for September is co-organised by African Icon Magazine and Vortex Revolution, coming together under one umbrella of AfriVortex in conjunction with Lagos State Government and Local Governments as it also plans to give awards to some dignitaries in the society.

According to the CEO of the organisation, Anthony Taiwo, the programme is target at discovery and managing of talents such as musicians, singers, comedians, Djs, Dancers, models and the like at the grassroots as well as grooming them to be self-reliant by making their livings in entertainment industry, adding that it is to encourage professionalism in our young up-coming talents and nurture them to national and international repute.

“AfriVortex Talent Hunt is a break from the norm specially packaged to appreciate and discover young talented music artistes, the programme is put together for talented youths in the Local Government and Lagos state environ, putting to check idleness and to cut down crime rates in our society at large.

“Also, the movers and shakers of our society would be recognised and presented with awards with objective to harmonise accreditations and unify distinctive achievers ranging from business to Entertainment and Leadership sector, (recognising personalities, brands and talents at the peak of their career).

“The first ever edition of this AfriVortex Talent Hunt and Award Night is set to premier by September 2019 featuring different dignitaries (in business owners, Political leaders, securities, institutions, entertainers, producers from both music and movie industry) around the Lagos state metropolis.

“AfriVortex has brought great events in recent times that has shaken the nooks and crannies of our environment. such events as Ghetto Blast, Isolo Mega Jam, Up in Ya hood, Independent Party/9ja Facebook Party, Artistes Nite, Mainland Artist Industry, fashion Shows,  Miss Oshodi/Isolo Beauty Pagent and of course a weekly event s that holds every weekends round Lagos.”

Equally speaking, the publisher of African Icon Magazine, Taofeek Letan disclosed that the first three excellent performers would be given cash prizes and signed for recording album.

He said the winners would be chosen by the guest artistes such as King Sunny Ade, Harrysong, Reminisce, Kcee, Terry Apala, Ninola, Funke Akindele, Kaffy       and others.