Following the fusion of Access and Diamond Banks, the acquired customers of the former Diamond Bank have been complaining about poor service they receive from their ‘new’ financial institution.

News broke late last year that Access bank had acquired Diamond bank to the surprise of customers of both banks, financial experts and Nigerians at large. Press statements from both financial institutions were released after the announcement was made public as they said it was an unprecedented move to aid effective banking process, integrate customers from both banks and ultimately redefine the banking narrative in Nigeria.

However, some customers mostly from the acquired Diamond bank have claimed that the transition has not been totally smooth as it has left them with more challenges than expected.

In separate interactions with the customers of the new born “Access Bank”, around Oshodi, Isolo and Ejigbo, Echonews gathered that the customers have been enjoying the service of the bank as expected.

Adesola Busayo, a customer of the old Diamond bank explained that since Access bank has acquired his beloved Diamond bank, he has been having issues with the new banking arrangement, saying his initial fear has been brought to life after the announcement of the acquisition was made last year.

“I didn’t have an Access bank account and now when I receive alerts or information from Diamond which has been bought, it appears as Access bank which is totally confusing,” he added.

She said she has been unable to make use of the banking application and that she doesn’t even know how to resolve her frustrations.

Mrs. Bolajoko Kolawole, another Diamond bank customer told Echonews that it is the first time she would be experiencing challenges from the bank since she opened the account during her National Youth Corps Service (NYSC) year.

She said: “Whenever I am running any transaction, the response I receive is to indicate Access or Diamond and Diamond bank still exists because the bank hasn’t sent their customers any message till this moment that they are no more functioning.”

Kolawole further explained that she has not received her March salary which was posted through Access bank to her Diamond account while other staff members using other banks have already received theirs.

She said that when she was at Access Bank to complain, the bank was filled with Diamond bank customers who came to lodge complaints as well, as some were not able to use their automated teller machine (ATM) cards even as they still have sufficient funds in their account.

“Teller, cheque were piled up together for processing later in the day at Diamond Bank, Isolo due to the challenges faced by customer care center of Access Bank Ejigbo,” she concluded. 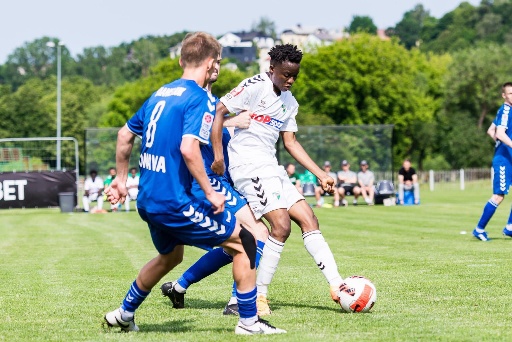