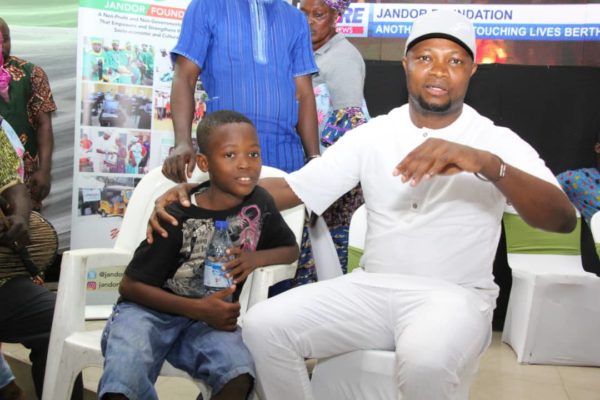 Adediran, the CEO of Core TV, announced the adoption and scholarship while addressing artisans in different categories that benefited from the empowerment programme of his foundation held at Ojo in Lagos State.

Ifeanyi, a primary three pupil of Rojenny Children School, Ojo, was sighted by the Foundation boss as he was interpreting the proceedings of the event to his deaf and dump father, Ndubuisi Obiego, one of the Ojo deaf Association representatives that represented the physically challenged people at the empowerment programme. 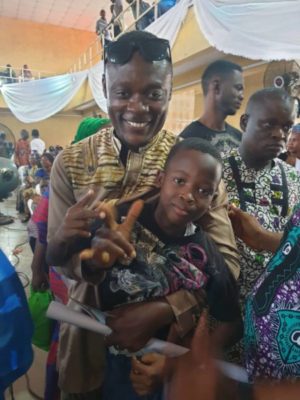 Obiego had brought his son to the programme to interpret what was being said by individuals for them.

Speaking on why he adopted and awarded scholarship to the boy, Adediran said: “I saw the boy standing on a chair during the programme interpreting in sign language. I was impressed by his courage because I was once like him. I decided to adopt him to see to his well-being and sponsor his education from basic to the university.” 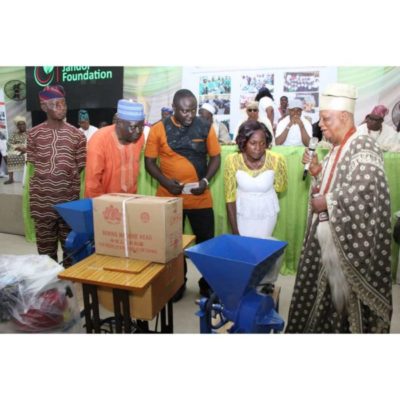 Narrating how the boy came to the event, the Jandor Foundation Coordinator in Ojo, Moses Ojo, said: “Bisola was the person that usually interprets for us but she was not available, so I asked them to bring the boy. He did it perfectly and luck shone on him.”