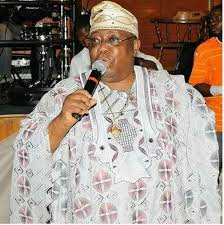 Nine years after his death, the family of the late fuji maestro, Dr. Sikiru Ayinde Barrister, have lamented non-fulfilment of the promise by the Lagos state government to turn his residence at Isolo into a museum.

Speaking on behalf of the family, one of the sons of the late musician, Samsondeen Ayinde Barrister, disclosed to Echonews that his father was buried in his living room due to the promise by a committee headed by Alhaji Wasiu Ayide and Buhari Oloto and the Lagos State Government to idolise his late father by turning his residence to museum.

He said the house has not been patronised even by the musicians since the promise has hitherto not been fulfilled by the committee.

“It was the committee headed by Alhaji Buhari Oloto and Wasiu Ayinde in conjunction with Lagos State government that promised to turn the house to a museum. I believe that is why he was buried inside the sitting room, but it was basically Alhaji Wasiu’s idea, which was not fulfilled.”

He however appealed to the government and other concerned stakeholders to make it a reality by fulfilling the promise, saying the project would serve as source of income generation not only to the family but also to the state government.