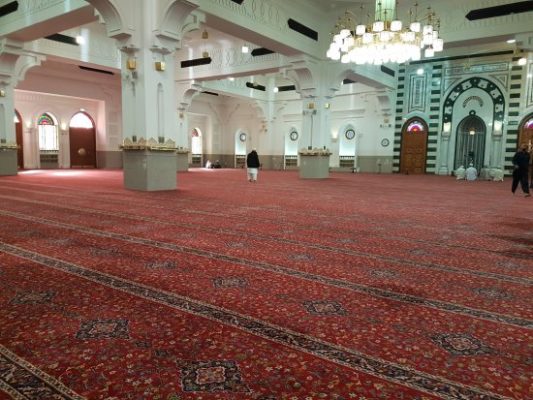 An Islamic Movement, Mosque Cleaner Movement (MCM), an International NGO, that involves in mosque cleaning across the country has arrived at the Ejigbo Central Mosque, Lafenwa Ejigbo, keeping the surroundings tidy, keying into the cleanliness expected in the house of God.
For the exercise, the NGO gathered Muslim faithful in the community to participate in the clean up of the mosque in the expectation of receiving reward from the Almighty Allah.
According to the leader of MCM, Mallam Hayat Abdurauf, the cleaning exercise which has cut across 62 mosques around the state is an imperative act according to the words of Allah in the Holy Book of Qur’an which states that “And clean my house for those circumventing, those in itikaaf and those who bow and prostrate to me”, as stated by Allah.
Abdurauf stated that taking part in such act would be pleasing to Allah who would not forget such tasks and others done to sanctify His name.
The Non Governmental Organisation led by Mallam Hayat Isa Abdrauf was formed two years ago in Isolo, as the founder claimed that the organisation was borne out of the inspiration he got from Allah through his dream and during his predicaments in China.
Abdrauf said that the organisation has cleaned over 62 mosques around the state with more than 32 members and with members contributions.
The Chief Imam of of Ejigbo, Dr. Mikhail Sanni, commended the organisation and thanked them for visiting Ejigbo.
He also enjoined other organisations to emulate the Cleaner Movement to better and attract people to the mosques.