2019: Why Igbo in Lagos should vote massively for APC – Idimogu 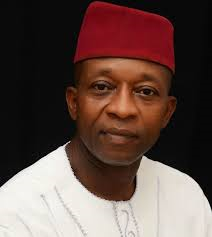 A member representing Oshodi-Isolo Constituency II at the Lagos State House of Assembly, Hon. Jude Chukwuemeka Idimogu, has given reasons the Igbo living and doing business or raising their children in Lagos should cast their votes for the All Progressives Congress (APC) during the 2019 election.

According to Idimogu, it is only in so doing that members of the Igbo community in Lagos would continue benefiting from the positive leadership of the APC government in the state.

The former PDP member enumerated the goodies that the APC government has been providing for Lagosians including roads and infrastructure in the past years.

He said, “We can see all that the Lagos government of APC is currently doing for Lagosians and in the major markets where Igbos play big role in the IGR of Lagos state.

“My friends at Ladipo market know how peace has been restored with the traders enjoying better relationship with the Lagos state government. The major dualisation of the Ladipo road is still ongoing. It has been same at Aspamda and Alaba international market, Kotangora and at other markets in Lagos for the benefits of Igbo traders.”

“I want to appeal to us all to vote President Muhammadu Buhari again. I want us to vote for Babajide Sanwo-Olu as Governor of Lagos, Senator Yayi as our Senator, Hon Ganiyu Johnson as our Federal House of Reps of Oshodi-Isolo Constituency II and for me, Hon. Jude Chukwuemeka Idimogu, as your man at Lagos House of Assembly for Oshodi-Isolo II. It is said that where you first take care of is where you live and sleep,” Idimogu said.