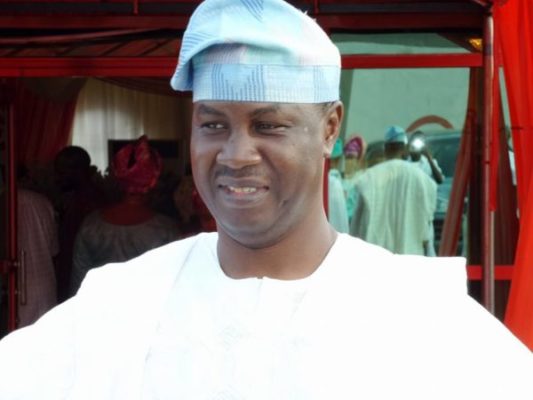 As governorship election draws nearer, the gubernatorial candidate of the Action Democratic Party (ADP), Babatunde Gbadamosi, has promised the civil servants in Lagos state that he would increase the minimum wage to N100,000 if elected as the governor of the state on March 2, 2019.

Addressing journalists at a press conference with the Association of Practioners of Community Media (APCOM), the ADP flag bearer said there must be adjustment in the civil servants’ salaries to ease their living condition, which he described as being too cost and hard.

Gbadamosi, who noted that people are extremely poor, said the government has created a whole generation of angry and embittered people especially in Lagos state.

According to him, Lagosians have not been well treated by the previous and the incumbent governments in terms of welfare delivery and provision of infrastructure, saying the All Progressives Congress (APC) led government has been mismanaging the resources of the state.

He noted that there are some factors which make living so hard for Lagos citizens which must be urgently tackled.

He said: “There are some factors that make living in Lagos cost much such as transport, housing, roads, education, and other infrastructure.

“To lessen what make living so hard and cost, we have to readjust the civil servants’ salaries. The minimum wage for the workers will be N100,000. We shall fix the roads because that will reduce the cost of transportation as well as cost of production, thereby making foods available for the people.

“The second area where Lagosians spend a lot of money is electricity. Average Lagosian expends not less than N700 on daily basis on power generator. This has to be stopped as we shall generate power for the citizens. We will break the Ikeja and Eko Electricity distribution companies; every local government would get a mini grid. Each local government would be considered as a country on its own to get its own power generation and distribution. We will divide Lagos into various power regenerated plants.

“Education is another factor that costs Lagosians much and makes living so hard for them. In Lagos state, there are over 18,000 private schools while only 3,000 public schools exist. We will build more schools, at least a standard public school in a community, recruit more teachers, send them for trainings and pay them handsomely. We will make education free at all levels.

“We will tight up our consequence culture after satisfying the civil servants by increasing their salaries and welfare. Everybody must be accountable for their actions.”

As part of his agenda to ease the Lagosians’ living condition, Gbadamosi promised to build 40,000 affordable housing units across the state within four years.

To make all these effective, Gbadamosi said every system would be computerised as computer would be the one to automatically generate queries for the erring persons and serve them the deserved punishment automatically.

He added that his government would increase job opportunities for the people living in Lagos and that every taxable person would be forced to pay tax.

He added that no company or individual would get unmerited government’s contracts using his influence.

He however said that, as part of his agenda, some government agencies such as the Lagos State Signage and Advertisement Agency (LASAA), Lagos Waste Management Authority (LAWMA) and others would be in control of local government to serve as income generation sources for them.