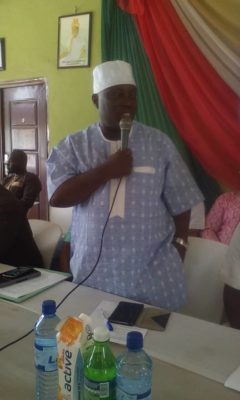 As Nigerians woke up to recognize and celebrate June 12 as the country’s democracy day rather than May 29 when it was formerly celebrated, the Executive Chairman of Ejigbo Local Council Development Area (LCDA), Hon. Monsurudeen Bello, has charged the citizens and especially the politicians to emulate the good deeds of the winner of Presidential election in 1993, Chief Moshood Kashimawo Abiola.

Speaking during the celebration of democracy on June 12 as declared by the Nigerian President Muhammadu Buhari organized by the local authority at Nnokwa Hall, NNPC Ejigbo, Bello said that the nation as a whole would be better off if democracy is practiced at the various level of the human settings.

He said, “We should go home, educate ourselves and try our best to take after what Abiola has done for this country and practice it in our homes and I believe if all homes do that, we will have a very good society to live in. 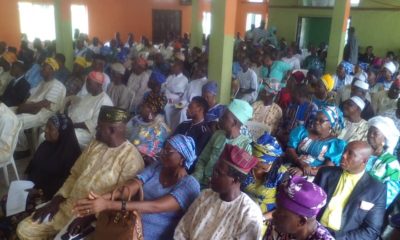 “If you are occupying a public or religious position, whenever we are asked to lead some certain set of people, we need to add good intention, very objective intention.”

Past week, after 25 years, the federal government had announced that June 12 would henceforth be celebrated as the true democracy day in Nigeria, while the adjudged winner of the 1993 presidential election, Chief MKO Abiola was to be recognized as a former Nigeria president.

The Democracy Day was celebrated all over the country and in diaspora.

The ceremony was also organized in Ejigbo LCDA by Oshodi, Isolo and Ejigbo local governments to sensitize their citizen on the idea behind the celebration.

In his keynote address, the Ejigbo LCDA Chairman stated that Abiola volunteered himself to run as the President of the nation despite the risks back then, with the mindset of taking away poverty from the country in which the country still wallow despite the promises by the past governments.

“Some Succeeding governments have been trying to take away poverty from the country but Abiola disclosed a time frame he was going to achieve that. Part of the reasons we are celebrating him today is because of the good intentions he had prior to the election and demise. And that is what we have to keep in our minds today that whatever we want to embark on in our lives, we should begin with good intentions and also maintain it.”

Bello noted that for Nigeria to return to where it was before when ‘things were better’, so many individuals like Abiola should be fetched while others should follow his footsteps.

Reflecting on the history of June 12, he said, “We give God the glory because today is a special day in the history of this country. 25 years after the demise of our hero, Chief MKO Abiola, Nigerians unanimously came together to mark a very special day.

“God has touched the mind of our dear President, Muhammadu Buhari to reason along with rational Nigerians who believe that democracy cannot be in Nigeria today if someone hadn’t sacrificed his life and I think our President deserves a kudos on that.”

Bello, however, said that the Democracy Day should not be a day to rejoice but for sober reflection on the lives that were laid down for the actualization of the democracy being currently enjoyed by the Nigerians.

He cautioned, “There is something important we have to take note. When you are talking about June 12, it shouldn’t be a day for rejoicing. It is not a day we should begin to count on the things we have achieved in democracy here in Nigeria. It should be a sober reflection day because somebody lost their life, their entire family paralysed, the whole structure came down in the account of democracy in this country.

“It ought to be a sober day, realising the fact of how you would feel if you were the one and how your family would feel today. How would you feel that some people who you fought for are celebrating a victory which you were denied publicly.”