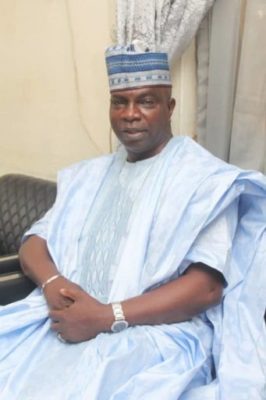 Being the only ward of all seven political wards that lacks a healthcare centre, the council chairman through his Chief Press Secretary (CPS), Mr. Sharafadeen Olaleye, reaffirmed his sensitivity for the need of such facility in the community that plays host to thousands of residents.

Speaking with ECHONEWS on the intensified clamour for the facility led by the Community Development Association’s (CDA’s) Chairman, Alhaji Yemi Shogunle, the CPS said there is no vacant land within the political Ward where the PHC could be erected.

According to him, the chairman has been looking for ways to balance the equation by establishing a PHC in Alagbeji Ward after the successful construction and completion of the PHCs in Apena and Okota wards in order to meet the standard of the World Health Organisation (WHO) to have a PHC in each political ward.

“Initially, the council had problem in getting vacant land given the population of the ward. After some investigations, which led the council to a site within LSDPC Estate, the council made some enquiries about the land.

“Eventually, the council got one inside the Estate and we’ve done the foundation before the Estate authority raised objection. And on this basis the project was stopped. We are still discussing with the authority on it. If there has been an alternative the council would have moved to the site and erected a building for such facility.”

On the space in the public library premises suggested by the CDA chairman, Olaleye clarified that the library is not within the control of the local government and that if a PHC is to be sited in the premises, there must be approval from the library board.

He, however, charged the community elders and stakeholders to inform the council on the availability of any abandoned or vacant site within the community.

He stated: “The chairman has demonstrated his commitment at achieving that as we’re still meeting with the estate authorities concerning that. As soon as an agreement is reached, we’re switching into action because the chairman is very much interested in ensuring that Alagbeji ward has a standard PHC, the one in Oke-Ogbere was constructed within three months.

“Our chairman is so committed towards achieving the reality of the PHC and we’re using this medium to appeal to community leaders and stakeholders to timely feed the council with information about any abandoned or vacant land so that the council can take necessary steps at acquiring or leasing, all for public interest.”