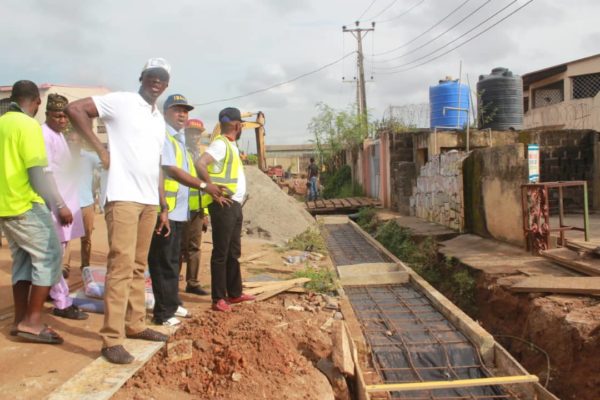 The Executive Chairman of Oshodi-Isolo Local Government, Hon. Bolaji Muse Ariyoh, yesterday led the legislatures, executive cabinet and other civil servant officials as well as the Head of Engineering department in inspection tour of all ongoing projects and road maintenance across the local government area.

During the inspection, the council boss charged Environment/Health Service department to intensify effort in ensuring that Oshodi becomes cleaner, healthier and safer to live for all. 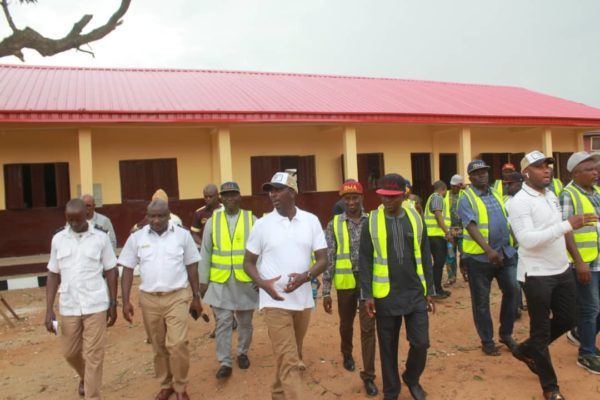 He also instructed them to start immediate work on drainages noted to have been blocked while advising the residents to keep their drainages clean for free flow of water to avoid over spilt effect on the road surface.

Other project visited was Afariogun Primary School with six blocks of classrooms, which was 90 per cent completed.

The school Head Teacher, Mrs. A. O. Agabi, who received the team, sought the government’s assistance in providing toilets for the pupils as well as security personnel for the school just as she appreciated the chairman’s efforts towards building infrastructures within the community. 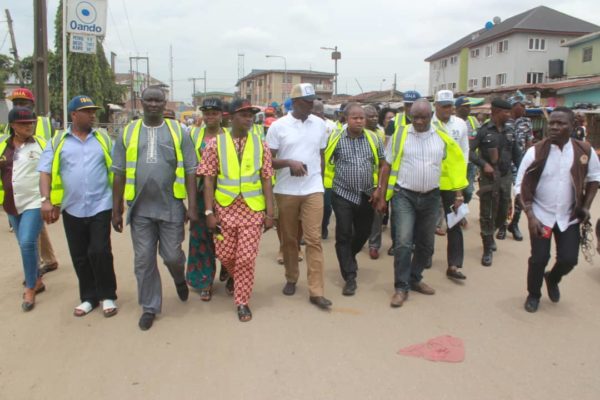 Responding, Ariyoh instructed the Head Teacher to forward her request to his office for approval with assurance to commence modern toilet within the next few days alongside with her office renovation.

The Head of Department (HOD) Works, Engr. Akande assured the chairman that despite the slowdown pace of work due to rainfall, he would not compromise on the quality of works that would be done.