A former Vice Chairman of Ejigbo Local Council Development Area, Alhaji Monsuru Oloyede Bello popularly known as “Obe” has emerged the flagbearer of the All Progressives Congress Party for the forthcoming local government elections.
He was announced at the state-wide local government chairmanship primaries held at the Teslim Balogun Stadium by the chairman of the Electoral Committee, Sen. Tokunbo Afikuyomi.
The journey began in 2014 when he was endorsed by the majority of the stakeholders of the party to succeed the chairman, Mr. Kehinde Bamigbetan, who was bowing out after a successful tenure of two terms of six years on the saddle.
However, the election, earlier expected to hold in October 2014 was postponed and the period saw the appointments of caretaker committees and recently sole administrators to man the councils.
The decision of the Lagos State Government to hold elections into the local governments kicked off fresh jostle.
Bello picked the form to contest on the platform of the APC and was cleared alongside five others to contest. Other contestants were former councillor in Oshodi-Isolo Local Government, Dr.Olatunde Olusunmade , former Secretary to the Local Government, Mr. Olu Arulogun, a former Supervisor on Revenue, Mr. Ajayi, a banker, Mr. Anibaba and freight forwarder, Mr. Segun Musa.
Ahead of the May 26 chairmanship primaries, the leadership of the party advised groups and aspirants to work on possible consensus to reduce the acrimony that follows primaries.
As vice chairman, Bello doubled as the Supervisor for Works enabling him to ensure the delivery of the administration’s capital projects such as Asiwaju Bola Tinubu Primary School, Ageke, Oladele Alake Primary School, Ailegun, the Abbatoir, Ailegun, Primary Health Care Centre, Low Cost Housing Estate, Primary Health Care Centre, Ageke and Primary Health Care, Ifoshi ward.
He also supervised the rehabilitation of 10 roads and the grading of over 500 roads. 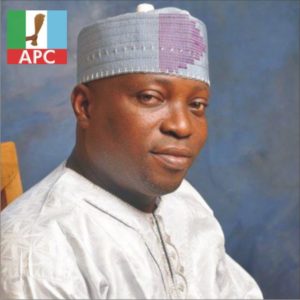