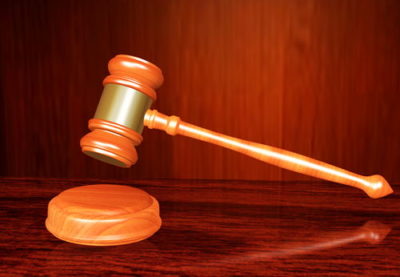 Justice Josephine Oyefeso of the Lagos State High Court in Ikeja has today convicted and sentenced one Mutiu Oyedeji to death by hanging for robbing a trader, Ikenna Egocima at Ejigbo with the aid of a gun point scene.

Justice Oyefeso handed down the verdict after she found Oyedeji guilty of a two-count charge of conspiracy and attempted robbery brought against him by the Lagos State Department of Public Prosecution.

The state had arraigned the convict on February 17, 2016 before the court and he pleaded not guilty to the two count charge.

During the proceedings of the trial, the prosecutor, Mrs. Shitta Bay told the court that Oyedeji alongside two others who are still at large in September 2015, robbed Egocima at Ejigbo area at a gun point.

In an allocutus, the defense counsel, Nkenna Okotie urged the court to temper justice with mercy.

However, Justice Oyefeso held that the court cannot grant the request of the defence because the decision is beyond the power of the court as the Administration of Criminal Justice Act has provided measures of punishment for the crime of armed robbery.

In her ruling, Oyefeso said –

“The accused person is hereby sentenced to death by hanging, may God have mercy on your soul. “