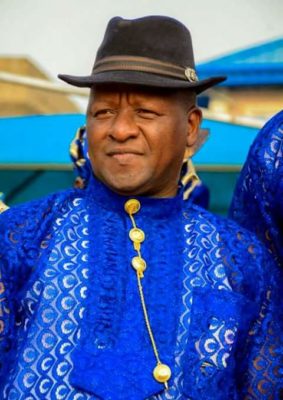 The south south residents of Isolo and Ejigbo in Lagos State under the umbrella of South South People’s Forum have thrown weight behind the 2019 political ambition of the Lagos State Commissioner for Information and Strategy, Hon. Kehinde Bamigbetan to contest for the Federal House of Representatives.

Paul Omatseye, who spoke on behalf of other members, made it known that the antecedents of the commissioner as the former chairman of Ejigbo local council development area stood him out of all other contenders in Oshodi-Isolo constituency.

According to him, the constituents have benefited immensely from him both as the local government chairman and as cabinet member of Lagos state.

Omatseye, who spoke through “Kok 4 House of Reps” Facebook page, described Bamigbetan as a man of people, adding that the commissioner Always identified himself with the people of grassroots.

“We, the entire members of South South People’s Forum in Isolo and Ejigbo congratulate our leader, Hon. Kehinde Bamigbetan on his recent 53th birthday. We pray for sound health and God’s guidance.

“Also, we are in total support of your new aspiration to take the mantle of Oshodi/Isolo Constituency II at the Federal House of Representatives in 2019. Your records in Ejigbo as a two-term Executive Chairman speak volume. I recall, among others things you did, you fast tracked the primary health care centre in Bucknor and Ifoshi during and after leaving office.

“Equally as a special adviser and cabinet member of Lagos state, you use your stewardship of influence and introduced LSETF to your constituency and members benefited immensely. This act of yours proves one of your cardinal objective of “teaching people how to fish not giving cooked fish to people.”

“Mr. Kehinde Bamigbetan has continued to identify with the good people of the constituency by staying and living in Ejigbo.

This has further reposed confident in us that you will not abandon us nor forsake to live in Lekki or Ikeja as it is the norm of others.

“Therefore, We thereby resolve and make it known that Kehinde Bamigbetan for House Representatives 2019 is better candidate and choice for us….QED.”