The President of Sapphire Nigeria Women Football Supporters Club (SNWFSC), Jadesola Adelabu believes that the effectiveness of the Super Falcons technical crew and the adequate support Super Falcons always get from the NFF will be a morale booster for them to win the 10th Women Africa Cup Of Nations (WAFCON) starting today in Morocco.

The boss of Nigeria first Nigeria Women supporters club expressed her belief and confidence for Nigeria to retain the best women competition in Africa.

*I’m confident the Super Falcons will win and the reason is because they have an effective Technical Crew and they get adequate support from the NFF which is a moral booster in the cause of their preparation, they have won it more than any country in Africa, which makes them the most successful team in the competition, that comes with a lot of experience and they have a strong support base in Sapphire Nigeria Women Football Supporters Club (SNWFSC).

“We have 20 players who currently feature at professional level in Europe and other countries of the world coupled with the best player in the NWFL Premiership, Gift Monday and these players combined with our local talents can defeat any team or country in the world.” 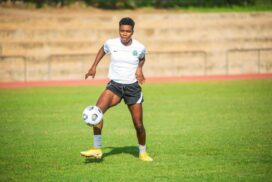 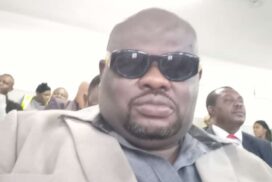 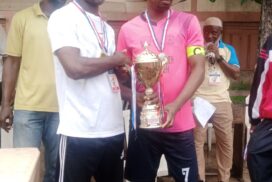