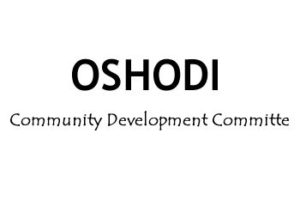 The Ariyori-Ijaiye Community Development Association (CDA), Mafoluku has appreciated the local government for the quick response to save their Primary Healthcare Centre (PHC), Ayo Ni, appealing for the intervention on the roads.

Speaking on the gesture, the CDA Chairman, Alhaji Rasaq Mabinuori who doubles as the Ward Health Committee Chairman said the letter written to Oshodi-Isolo Local Government Authority three months ago has yielded positive result, commending the government on the timely renovation of the PHC’s leaky roof.

He confirmed that the carpenter has completed the roof rehabilitation, saying they were still expecting response on security to guard the PHC, which was also contained in the letter.

However, Mabinuori frowned at the allocation of the ongoing road project by the Lagos State House of Assembly member representing Oshodi-Isolo Constituency I, Hon. Hakeem Sokunle, claiming that the allocation was unjust and that Sokunle was being one sided.

He said that the three streets (Ishola Daniel, Ago Ijaiye and Adejumobi) picked for construction fall under one particular ward (Afariogun ward), saying the project ought to be shared among the seven wards in Oshodi.

He added that for the past 10 years, no renovation has been done on any road in Mafoluku ward to boost the development of the community, appealing to the government to focus on the community as well.