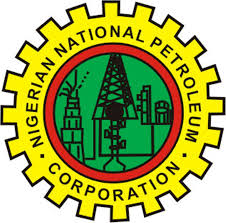 The Nigerian National Petroleum Corporation (NNPC) has announced plans to engage in talks with fuel traders while assuring consumers that sufficient stocks exist.
Reacting to fuel traders threat to suspend operations in 900 stations because NNPC breached deal to sell at N133 per litre,
the Group General Manager, Group Public Affairs Division, Mr. Ndu Ughamadu, the Corporation clarified that the Ejigbo Satellite Depot has been fully stocked and carrying out regular loading services.

The Corporation further explained that the Ejigbo Satellite Depot had consistently dispensed premium motor spirit (petrol) at the approved price of N133.28 per litre contrary to allegations that it was sold at a higher price.

The Corporation, therefore, urged members of the public not to entertain any fear or engage in panic buying of Petroleum products as there was enough to keep the country well supplied.

It stated that the appropriate government agencies have been  contacted to settle the rift between IPMAN and the Depot and Petroleum Products Marketers Association (DAPPMA).

It will be recalled that oil markers, Independence Petroleum Marketers Association of Nigeria IPMAN stated yesterday that the Ejigbo Depot which serve over 900 fuel stations have experienced a very low level of Petrol supply by the NNPC, further threatening to shun fuel loading across the country but that seems to be settled with the NNPC statement today.