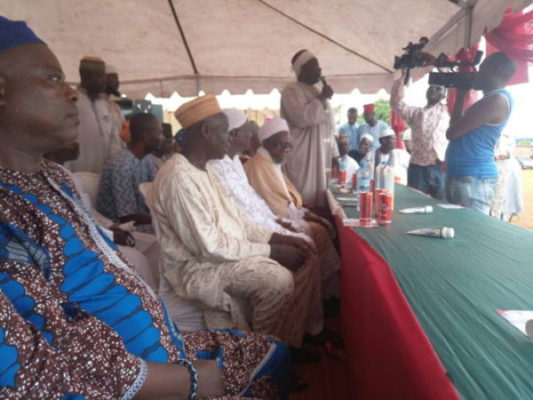 Imams and pastors in unison prayed for long life for the National Leader of the All Progressives Congress, APC, Asiwaju Bola Ahmed Tinubu for endorsing the Ejigbo LCDA chairman, Alhaji Monsuru Bello Oloyede also known as Obe as the candidate of the party.

They said the endorsement paved the way for the emergence of Obe as party’s candidate and ultimately raised his chances at the July 15, 2017 local government elections.

Leading the Muslim clerics, the Deputy Chief Imam of Ejigbo, Dr. imam Sanni thanked Asiwaju Tinubu for listening to the yearning of Ejigbo people presented to him by the Special Adviser to The Governor on Community & Communications, Kehinde Bamigbetan. Even if Bamigbetan wanted Monsuru to be our chairman, unless Asiwaju endorsed it. We would not have Monsuru as chairman today. He was speaking at the inter-religious thanksgiving service organised by the LCDA to mark the first 100 days of Monsuru Bello’s administration. 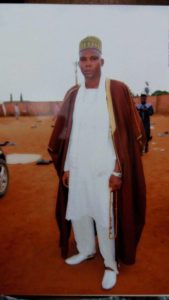 Other imams echoed his message.
Sheik Muyisdeen Alawiye who runs the popular Morcas Islamic movement celebrated the projects commissioned in the first 100 days such as the roads and new primary health care centre adding that the citizens of Ejigbo would have lost the opportunity of service delivery if the APC National Leader had not endorsed Bamigbetan’s campaign to ensure that Bello should be his successor to continue the good work he began.

He urged the chairman to maintain the pace he has set in the first 100 days to justify the support of the people and earn himself another term. In his sermon, Sheikh Nureini Alfanla recalled how he had prayed for Monsuru Obe’s father that Allah would reward his good deeds.

He said he was proud to be among the people celebrating the good deeds of the son. He thanked Bamigbetan for supporting Bello despite opposition from some quarters and for convincing the National Leader that Bello would perform and be a good ambassador of the party.

He said the greatest thanks is to Asiwaju Tinubu who Allah gave the wisdom to listen and give Ejigbo a worthy chairman with capacity to perform. He called on Obe to work harder and prayed for long life and more years of achievements.

In his own sermon, the leader of the Garislam Movement thanked Bello for living up to his campaign promises. He said Nigerians have become wary of politicians who promise but fail to deliver.