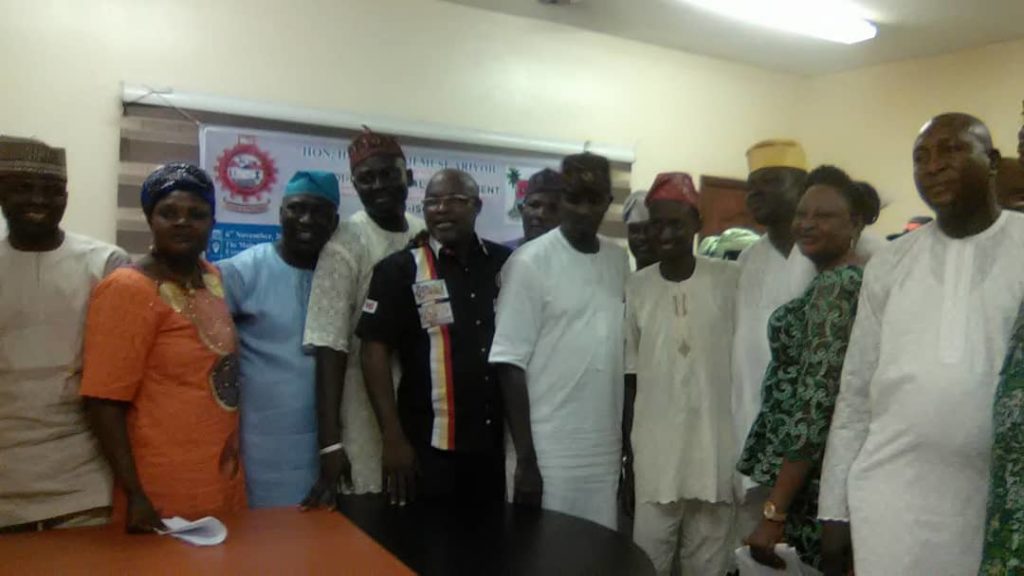 In Oshodi Isolo,another landmark has taken place in the history of democracy in the locality,as the newly appointed secretary to the local government (SLG), Honourable supervisors and special advisers were sworn in at the conference room,to run the affairs of the LGA for the overall development of the people and the communities.

The executive chairman of Oshodi Isolo LGA, Hon.Idris Bolaji Muse Ariyoh addressed the appointees under his captainship in view to fulfill the campaign promises he made to the people of Oshodi.

In his address, he said ” it is true that we are all products of the same party,the great All progressive Congress (APC),but I know our interest differ.That’s why I want you to know in this ship,failure of one crew member can capsize the ship; which I know that God will not allow to happen”.

He therefore implored the crew members to be loyal to the administration, having it in mind that Oshodi people will be at thereceiving end of their actions and inactions.

To this note, Ariyoh urged the crew to join him in the task of improving the lives of the people,their education,condition of the roads,youth development,beautification of environment and also lifting the community to a greater heights before the end of the regime.

The appointees were sworn into office by taking oaths of office and allegiance to work both in secrecy and not allowing their personal interest to influence their official duties which must be discharged without fear or favour.

The secretary to the LG(SLG), Mr. Taoheed Abiola Oladipupo spoke on behalf of other appointed crew members saying that “we will give our 100% loyalty to this administration without the interference of different interest”.

Former leader of the legislative council under Ariyoh’s first term in 2011-2014, now supervisor, Hon. Ganiyu Meji-ndade gave the vote of thanks by appreciating Ariyoh for reabsorbing him into his administration the second term,he also reassured Ariyoh of his support all through the way.

Captured Event at the Swearing -in