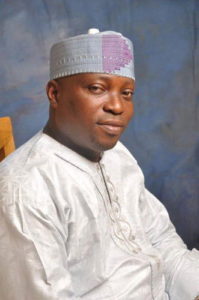 The 100 -day celebration of Honourable Bello Oloyede in office as the Executive Chairman of Ejigbo LCDA has come and gone.
But few will forget in a hurry the highlights of this memorable event.

At first, Honourable Bello and his entourage went educationally by laying the foundation of 13+1 classrooms in Ilamoshe  in fulfilment of one of his promises.
This paved way for cheers by the audience who showed their affinity for Bello’s ‘fidelity’, according to them.

Later in the day, it was turn to commission the Primary Health Centre at Bucknor. The crowd were once again elated, particularly those residing in Bucknor who know that the proximity of a place to get proper health care is at their grasp. At large, others told newsmen that it’s a thoughtful and welcome initiative by their Council Chairman as health is very sacrosanct in their lives.

The last event of the day was a novelty match which took place at the Ejigbo Sports Centre between the All Stars of Jakande Estate against the Oshodi-Isolo and Ejigbo Coaches Unity.

It was indeed a thrilling encounter as Bello himself took the kick-off to the amazement of the crowd. The game never disappointed as there were trills and a higy level of soccer artistry particularly from the Coaches team who must have felt a bit disappointed due to the game ending in stalemate.