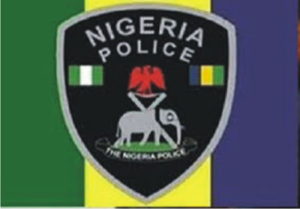 The police have arrested a self proclaimed pastor known to be Emmanuel Jonah over an alleged rape of a lady in the process of securing deliverance.

Jonah and other two of his accomplices now on the run were said to have hypnotised the victim , anointed her private and raped her in turns in Jakande Estate under the false pretence of delivering her from family death.

The victim who pleaded anonymity came from Ibadan to visit her parents in Lagos and was approached by Jonah at Isolo.

Jonah allegedly gave her fake prophecies concerning her family. According to the victim, Pastor Jonah prophesied to her that her parents will soon die due to the plans of the enemies against her family. She became jittery and asked for solution so that she will not lose her parents.

She claimed that as soon as Jonah touched her, she became unconscious and he took her to his church where more false prophecies were disclosed to her. While there, she was asked to go to her parents house and she will find certain amount of money at a particular place. She was also instructed not to tell anyone about it until they finished the prayers and deliverance.

The victim went to her parents house, brought N270,000 and handed it over to them so that they can move to the second stage of the deliverance.

According to the victim, she was instructed to remove her clothes and be naked on a bed which she did. They anointed organ with oil pretending to be praying. After their supposed ‘prayer’ they penetrated her in turns and thereafter released her to go and bring more money for the final deliverance.

According to police source, it was while they were going that one of the gang members who was not given a fair share of the money they had obtained from the lady leaked the secret, then her eyes opened and she came to her senses.

She went to the police at Ejigbo Division and reported what had happened. The police trailed the suspects and arrested Jonah while the two other suspects escaped.

At the police station, Jonah confessed that they pretended to be pastors and they did not see any prophecy concerning her parents’ death; they only used it to dupe her.

Jonah was charged before Ejigbo Magistrates court for conspiracy, rape and obtaining under false pretence.  He pleaded not guilty.

The presiding Magistrate, Mr Akeem Fashola granted Jonah bail in the sum of N100,000 with two sureties in like sum.

He was remanded in prison custody pending when he will perfect his bail condition.

It was gathered that the police were making efforts to arrest the two other suspects who are still at large in order to prosecute them with Jonah.