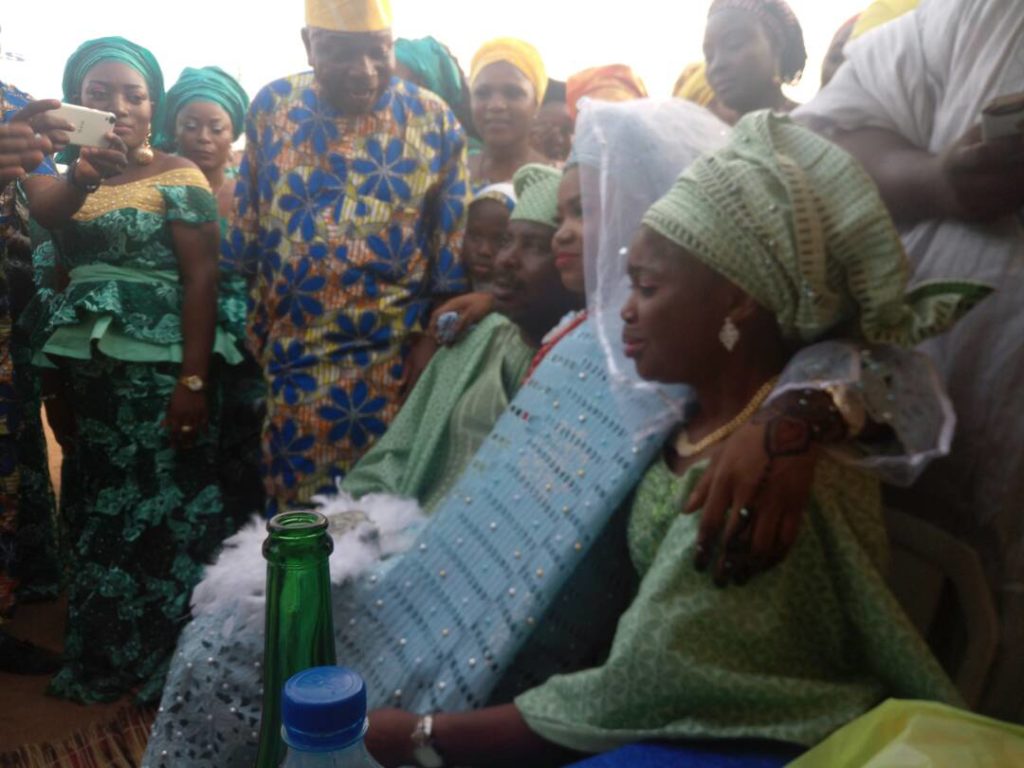 A mammoth crowd of dignitaries today witnessed the wedding of Rukayat, daughter of All Progressives Congress chieftain Tajudeen Labule Danni to heartthrob Sadiq Atanda at the Ejigbo Youth Centre.
The ceremonies began with the Nikkai, the Muslim rites of marriage at 2pm conducted by a league of Imams led by the Deputy Chief Imam of Ejigbo, Sheikh, Dr. Mukaila Sanni.
Also in attendance Was Sheikh Arikewulo.
Following the religious wedding, the traditional wedding was conducted by Mrs. S. O. Akinleye.
During the proceedings, the groom was required to pay obeisance to his in-laws and his family formally sought the bride from her parents.
The mother -in-law, Mrs. Sanni caused a mild stir when she broke into tears while praying for her daughter.
Dignitaries at the event include the Special Adviser to the Lagos State Governor on Communities and Communications, Mr. Kehinde Bamigbetan, the executive chairman, Ejigbo LCDA, Alhaji Monsuru Bello Obe, a former member of the Federal House of Representatives, Hon. Avoiding Muniru, secretary of the APC, Ejigbo, Alhaji Kola Ojo, ward chairmen from Ejigbo, Isolo and Oshodi-Isolo among others.