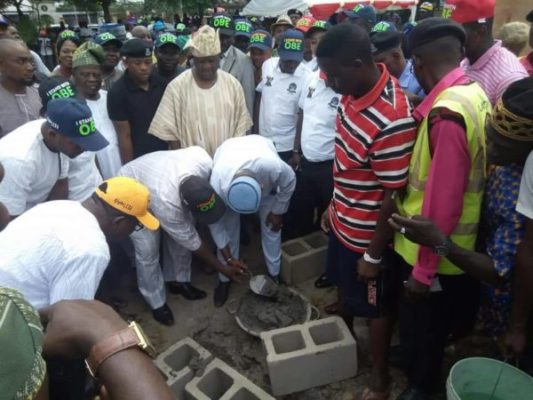 The Chairman of the ruling All Progressives Congress in Lagos State, Chief Henry Oladele Ajomale yesterday  in Ejigbo pledged to contribute to the success of the 13-classroom primary school project of the Monsuru Bello One administration. 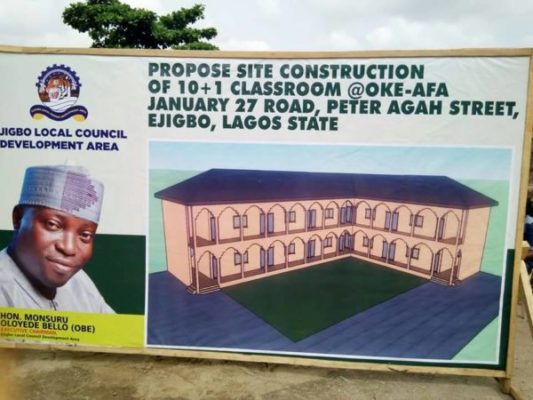 Speaking minutes after laying the sod of the edifice, Chief Ajomale said he was happy to back an educational project with great potential to service generations unborn. 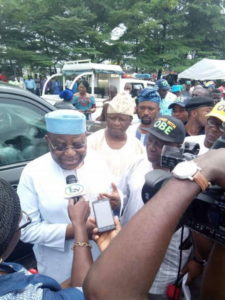 He said it was difficult choosing which of the invitation by various local governments to honour but the educational nature of the project enabled him to take a decision.
He praised the executive chairman, Ejigbo Local Council Development Area, Alhaji Monsuru Obe for his progressive vision and recording so many landmark projects in the first 100 days in office.
“Morning shows the day. If you can do these in the first 100 days, anyone can imagine what would happen in four years. I urge to continue to work so that it will be easy to secure another term when you have used up the term”, he said.
Also speaking at the ceremony, the Special Adviser to the Governor on Communities & Communications, Mr. Kehinde Bamigbetan commended Obe for continuing the projects initiated by his administration.
He praised his commitment to work and loyalty to the cause of the people. 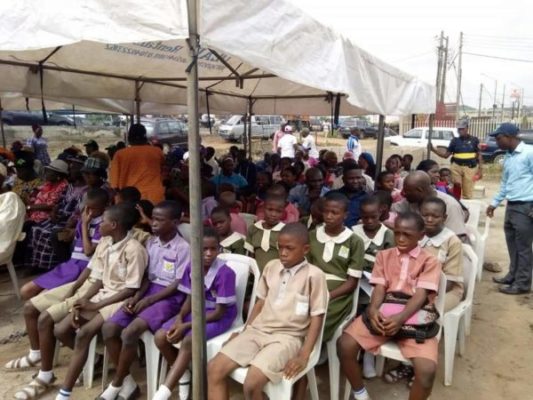 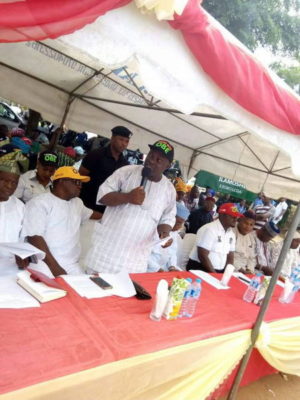 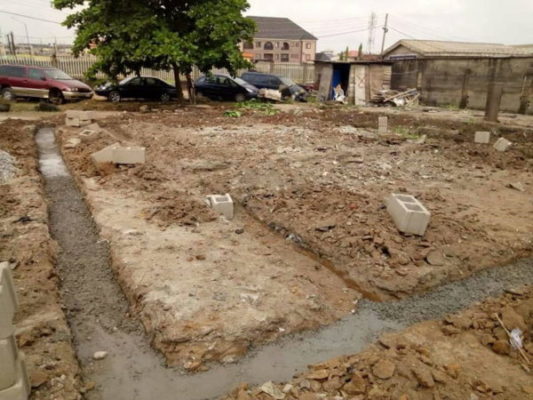 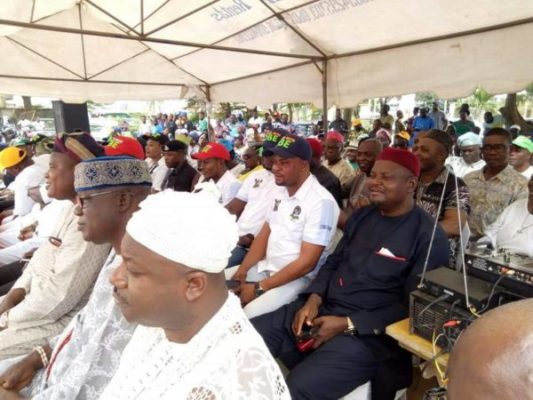