All hands are on deck to commence the construction of a new 14-kilometre Bus Rapid Transfer scheme between Oshodi and Abule-Egba in another bold move of the Ambode administration to improve commuting across Lagos State. 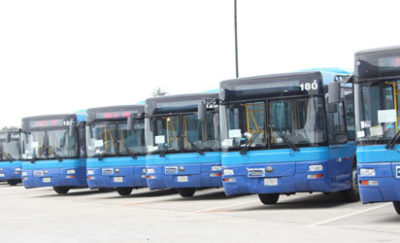 Towards the take-off of the project, a stakeholders’ meeting held recently at Iyana Dopemu Bus Stop, opposite the UBA bank branch by Dopemu-Akowonjo bridge.

Planet Projects, the firm currently handling the Oshodi Inter-change is the contractor to the project thus giving hopes of a seamless merging of operations between the interchange  and the BRT   route.

Managing Director of the Lagos Metropolitan Area Transport Authority, LAMATA, Engr. Abiodun Dabiri in a statement said the success of the 13.5 kilometre Ikorodu-CMS scheme encouraged the authority to expand the BRT network to the Oshodi- Abule-Egba corridor.

His words: “Due to the huge success recorded by the BRT system, Mr. Akinwumi Ambode, Governor of Lagos State, as part of his vision of ensuring public transport accessibility to Lagosians, has approved the construction of the 14-kilometre Oshodi – Abule- Egba BRT, a median operation public transport system.”

LAMATA, Lagos State’s transport planning, implementing, franchising authority launched the first BRT scheme 11 years ago by implementing the 22-kilometre Mile 12 to CMS BRT route. It now has 36 kilometres of BRT that has conveyed no fewer than 400 million passengers in the last eight years.

The scope includes the building of 7.3metres wide lanes on both sides, bus stations,expansion of existing roadways, concrete sideways and the introduction of intelligent transport services.

Planet Projects, according to the contract, will operate 24 hours a day, move 308,000 passengers per day and deploy not less than 250 buses.

Planet Projects plan that passengers will join the buses at 13 bus stations where buses will arrive at five minute intervals.