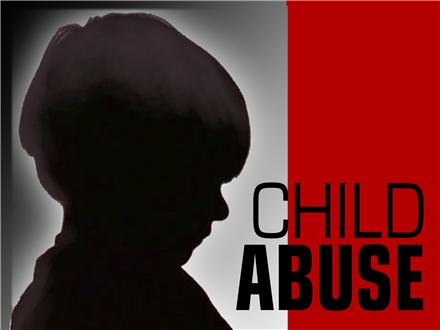 A case of child abuse has been reported at the Ejigbo Police Division after a young girl was severly battered by her aunt all in the name of 50 Naira.

The victim, simply identified as Muibat, came within an inch of death, as she was terribly beaten, most parts of her body – including buttocks, back and shoulders were disfigured with burns from hot knife used by her aunt until she ended up a horrifying sight that will make even the stone hearted cringe feel horror.

The poor girl’s ordeal was aggravated when she fainted and had to be rushed to Siloan Medical Centre situated at 14, Muhamadu Akije Street in Ejigbo. Hours later, she was said to be weak and writhing in pain all over her body.

According to reports, her aunt, Bose Ola who also doubles as her guardian has been arrested and facing prosecution.

Speaking through an interpreter, Muyiba, 12, told newsmen that the incident occurred on Saturday, November 18, 2017.

She narrated her ordeal- “I saw N50 in the sitting room and I took it to buy buiscut and sachet water, not knowing that it belonged to Aunty Bose. Later in the day, when she asked about the N50, I denied seeing it, but when she said she was going to punish me, I told her the truth and apologised that it won’t happen again. I thought that the matter was over because she had accepted my apology. But she asked me to pull off my dress including my panties. I obeyed. ” She ordered me to lie on the chair. She brought out a cane, belt and stick for turning garri.  She called Brother Rafiu (her husband’s younger brother) to assist her and they descended on me. After that, she lighted the stove and heated a kitchen knife and started to use it to sear my body”.

According to her, she fainted in the course of the torture and was rushed to the hospital where doctors revived her. Some neighbours who could not stomach the inhuman treatment.In the wake of that, they reported the matter at Ejigbo Police Division.

The police wanted to handle the matter with levity, but for the intervention of the Crime Victims Foundation of Nigeria (CRIVON), Gbagada, Lagos, which led to the arrest of Bose and her subsequent arraignment at the Ejigbo Magistrate Court on one count charge of child abuse.

Several questions were asked to know other happenings between Muyibat and Bose but the former was timid when answering them, perhaps due to the potential subsequent Maltreatment she feared.

Muyiba, whose mother is reportedly the fifth wife of her husband was living with her grandmother, but the family complained about her poor academic performance in school and sent her to live with Bose. Paradoxically, over a year after she arrived at Bose’s household, Muyiba was yet to be enrolled in any school.